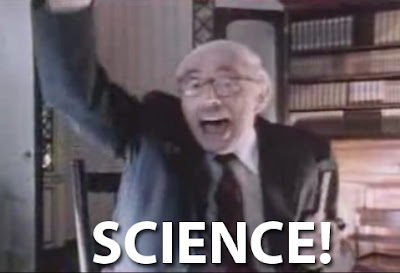 There has been an attempt ongoing for some time to harness the respectability of science and conflate it with an increasingly popular philosophy known as scientism. But scientism and science are different things. The latter is a powerful method of obtaining and applying material facts and information. The latter creates a subjective world view using the pretense that science has the capacity to tell us objectively right from wrong, the ethical from the unethical, best from worst, etc..

But that’s oxymornic. Science is incapable of doing any of that, since as a method, it is utterly amoral. Indeed, the amorality of science is precisely why ethical parameters must be built around it, hopefully loose enough to allow us to benefit from its prowess, yet strict enough ensure that science serves society rather than devours it. In that dual mandate (if you will) are dynamic tensions that can never be fully resolved.

An article by philosopher professor Edward Feser over at Public Discourse explores the differences between science and scientism. From the article:

Scientism is the view that all real knowledge is scientific knowledge—that there is no rational, objective form of inquiry that is not a branch of science…Despite its adherents’ pose of rationality, scientism has a serious problem: it is either self-refuting or trivial. Take the first horn of this dilemma. The claim that scientism is true is not itself a scientific claim, not something that can be established using scientific methods. Indeed, that science is even a rational form of inquiry (let alone the only rational form of inquiry) is not something that can be established scientifically. For scientific inquiry itself rests on a number of philosophical assumptions: that there is an objective world external to the minds of scientists; that this world is governed by causal regularities; that the human intellect can uncover and accurately describe these regularities; and so forth. Since science presupposes these things, it cannot attempt to justify them without arguing in a circle. And if it cannot even establish that it is a reliable form of inquiry, it can hardly establish that it is the only reliable form. Both tasks would require “getting outside” science altogether and discovering from that extra-scientific vantage point that science conveys an accurate picture of reality—and in the case of scientism, that only science does so.

Feser points out that philosophy often governs how scientific findings are interpreted, and then gets to his next critique:

Here we come to the second horn of the dilemma facing scientism. Its advocate may now insist: if philosophy has this status, it must really be a part of science, since (he continues to maintain, digging in his heels) all rational inquiry is scientific inquiry. The trouble now is that scientism becomes completely trivial, arbitrarily redefining “science” so that it includes anything that could be put forward as evidence against it.

Right. But all rational analysis isn’t scientific. And certainly, concepts of meaning and purpose–or lack thereof–are not scientific as such issues cannot be proved or disproved scientifically. And that problem leads scientism into necessary contortions:

The irony is that the very practice of science itself, which involves the formulation of hypotheses, the weighing of evidence, the invention of technical concepts and vocabularies, the construction of chains of reasoning, and so forth—all mental activities saturated with meaning and purpose—falls on the “subjective,” “manifest image” side of scientism’s divide rather than the “objective,” “scientific image” side. Human thought and action, including the thoughts and actions of scientists, is of its nature irreducible to the meaningless, purposeless motions of particles and the like. Some thinkers committed to scientism realize this, but conclude that the lesson to draw is not that scientism is mistaken, but that human thought and action are themselves fictions. According to this radical position—known as “eliminative materialism” since it entails eliminating the very concept of the mind altogether instead of trying to reduce mind to matter—what is true of human beings is only what can be put in the technical jargon of physics, chemistry, neuroscience and the like. There is no such thing as “thinking,” “believing,” “desiring,” “meaning,” etc.; there is only the firing of neurons, the secretion of hormones, the twitching of muscles, and other such physiological events.

Which I find ironic, because that kind of reductionism seems to lead directly to a variation of the Buddhist view that what we think we know is really all illusion.

And here comes the human exceptionalism part: We alone in the known universe are a believing species. Whether one is a Christian, Buddhist, atheist, or a follower of philosophical scientism, none of it is purely objective. At some point, unless we avoid all deeper reflection, we have to choose our subjective poison. And once we are in the realm of subjectivity, while we may use scientific findings to under gird our beliefs, we have actually left the realm of science behind. (Example: Science can tell us that a human embryo is a living organism. Deciding whether it is right or wrong to use that organism as a natural resource is not science.)

This Week in Bioethics #117