Starting Our Nest Egg: We’re broke: Should my wife sell her eggs to an infertile couple? 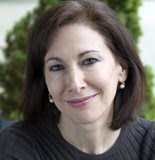 With the economy turning south, there is more and more news about women turning to “egg donation” (i.e. egg selling) as a means to some much needed income. This question posed to “Dear Prudence” sadly never once mentions any risks to the woman’s health. Should be a law against this. Here’s the letter and Prudie’s response:

Dear Prudie,
My wife and I have been married for a thoroughly enjoyable three years, but we’ve recently fallen on hard times. At nearly 30, I now realize becoming a screenwriter should be Plan B, although I still have to find Plan A. My wife is a 24-year-old student. We’d like to start a family but can’t for a few years. She has suggested egg donation. From the various listings, it sounds like we could make $6,000-8,000 per shot. As she sees it, we’d be helping a determined couple have a family, we could use the money, and she’s just “flushing them down the toilet every month” anyway. Any child would be lucky to share her genes—she’s smart and gorgeous. But I have concerns. First, I think these hopeful parents should consider adopting. Second, despite the technicalities, I have a hard time seeing her eggs merely as genetic material. Part of me feels that since any child that results from this would be half my wife, I would feel a sense of responsibility for it and its well-being. What should we do?

Dear Leggo,
Obviously, your gametes can’t get you out of your financial hole. Sperm are a dime a dozen, but, oh, those golden eggs. You need to consider this step carefully because it will have implications for the rest of your lives. However, since the whole point of this exercise is that the recipient family gets to raise the child, you can stop worrying about that obligation. Also on the plus side, your wife might be the answer to an infertile couple’s prayers. Egg donation is a low-risk but intrusive process, and there is the possibility of complications. This report has information about the medical issues. There has been little research on the psychological impact of egg donation, but this study looks at donors’ mental state (generally fine) two years later. It used to be that egg and sperm donation was kept secret by the recipients. But the legal and cultural world of assisted reproduction is in flux, and as this report shows, opinion is shifting toward telling the child about his or her beginnings. This article describes how “donor conception is creating new family forms”—radically extending the notion of extended family. So you have to consider that one day triplets might ring the doorbell wanting to meet their biological mother. (This might be the basis for a movie, but I agree you should get out of the screenwriting business.) I can’t make a decision for the two of you. But as you think through this possibility, your wife needs to do more than shrug and say egg donation is simply a lucrative alternative to flushing the toilet.

Using The Body’s Own Stem Cells To Grow New Arteries

May News From the CBC

Show me the money