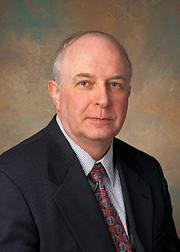 Dr. Meilaender is the Richard & Phyllis Duesenberg Professor of Christian Ethics at Valparaiso University and serves on the President’s Council on Bioethics. Professor Meilaender is an associate editor for the Journal of Religious Ethics . He has taken a special interest in bioethics and is a Fellow of the Hastings Center. His books include Bioethics: A Primer for Christians (1996, 2005), Body, Soul, and Bioethics (1995). He has recently edited (together with William Werpehowski) The Oxford Handbook of Theological Ethics.

When asked his thoughts on receiving this honor, Dr. Meilaender said, “To receive the Paul Ramsey award from the Center for Bioethics and Culture is doubly pleasing to me. I am honored because of the seriousness of purpose displayed by CBC in all its commitments, and I am pleased to receive an award named in memory of Paul Ramsey, who was my teacher.”

As the Year Ends, Our Work Carries On

Shouldn’t They Just Be Grateful to Be Alive?