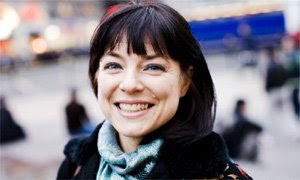 “The ads are brazen: ‘healthy young women – superovulated exclusively for you!’. The fees are half those of UK clinics (‘flights and hotel included!’). And the industry is unregulated, leaving doctors free of legal and ethical constraints. No wonder more and more Europeans are going to India for fertility treatment.

The baby is due in September has no genetic link with the gestational mother. The colour of its eyes, length of its legs and slope of its nose will be determined by a man and a woman who are strangers not only to her, but also to each other. Her baby’s biological parents live 7,000km apart, and are separated by language, culture and currency. All they share is their decision to ply their gametes in the global fertility bazaar where Aleksandrova shopped for the ingredients of life, perusing and eventually paying for eggs and sperm. Aleksandrova bought the sperm online from a Danish sperm bank retailing in New York. The $1,600 (£800) price-tag included shipping to Mumbai, where her Indian doctor helped get the tiny frozen container through customs unscathed. There, the Danish sperm was used to fertilise the fresh eggs of an Indian woman who was paid 40,000 rupees (£500).”

The egg donor said this, “”I don’t feel exploited; here, in the villages, every aspect of life is exploitative – where you can work, what you can eat, when you have sex. This is the best option available to me.”

Should We Live Forever?

Mandatory Testing for Down Syndrome Coming to France?