(from nationalreview.com) Doctors at Seattle Children’s Hospital admitted that they surgically removed a six-year-old girl’s healthy uterus, breast buds, and appendix, and then subjected her to two years of high-dose estrogen injections to keep her from reaching adult stature. And they did so at her parents’ request. Sounds like a clear case of child abuse, doesn’t it?

Not so fast. Many are justifying these actions because the girl in question was profoundly disabled with a neurological disease that left her with the mental and physical capacities of an infant. Moreover, they point out, her parents were motivated by the loving desire to keep her “small” so she could always be cared for at home. The question thus becomes: Do these motivating factors transform a seemingly clear case of child abuse into acceptable acts of loving care?

These are the intensely controversial questions that we face in the case of “Ashley X,” an anonymous disabled girl from Seattle whose parents and doctors are promoting “Ashley’s Treatment” – described above – as a medical method of enabling profoundly disabled children to remain in the care of their parents when they become adults. Accordingly, Drs. Daniel F. Gunther and Douglas S. Diekema asserted last October in the Archives of Pediatric and Adolescent Medicine that there was a “compelling case” for acceding to “a parent’s desire to seek growth attenuation” for a profoundly cognitively disabled, non ambulatory child.

Meanwhile, Ashley’s parents, , established a blog to proselytize for the medical transformation of other profoundly disabled children into what they call “pillow angels.” They write in their blog: “We call her our ‘Pillow Angel’ since she is so sweet and stays right where we place her – usually on a pillow.”

This very disturbing case raises two fundamental questions. First, did these medical interventions support Ashley’s intrinsic worth as a human being? Second, did her disability and the parents’ loving motive transform what would normally be deemed terrible abuse into legitimate therapeutic procedures that were ethical for the doctors to perform?

The answer to both questions, I think, is no. To understand why, we need to move past the emotionalism generated by Ashley’s circumstances and sympathy for the parents’ motives, and deconstruct what was done to her and why.

Let’s start with the least excusable action that was taken: The parents reported in their blog that Ashley’s breast buds were removed to free her from “the discomfort associated with large and fully-developed breasts.” This surgery seems ethically invalid and utterly superfluous. It did nothing to promote ease of Ashley’s future care. Nor could the parents and doctors have known whether breasts would one day cause Ashley any discomfort. And even if they did, there would be other non- or less invasive methods of dealing with the issue. Perhaps this is why – and I found this omission quite striking – Drs. Gunther and Diekema fail to mention that they subjected Ashley to mastectomy in their journal paper.

Which brings us to the hysterectomy/appendectomy issue: Ashley’s healthy uterus was removed to prevent her from ever menstruating and, apparently, as a prophylactic against uterine or cervical cancer. So the question is whether avoiding the “mess” of menstruation – the cancer worry seems like so much window dressing – justified removing her healthy uterus (and appendix).

Hysterectomies, while certainly common, are not without potentially serious risks. It is abdominal surgery, requiring full anesthesia, intubation, and the need for pain control. The potential side effects include injury caused by the anesthesia, infection, and perhaps even death. Add in the fact that menses is not an illness and, indeed, that it can be controlled in profoundly disabled women with periodic injections, the cutting out of a healthy organ seems wholly unwarranted. (Some have suggested that the point was to prevent pregnancy in the event of rape. But if preventing pregnancy was the point, there are many less intrusive methods of accomplishing that goal.)

Keeping Ashley small via hyper-injections of estrogen seems, on the surface, the most justifiable action taken in Ashley’s case. After all, it is undeniable that a 75-pound helpless girl – Ashley’s current weight at age 9 – is far easier to care for than an adult-sized woman of, say, 125 pounds. Indeed, there is no denying that keeping Ashley “small” could be the difference between her remaining at home and one day having to be admitted into a care facility.

On the other hand, according to Drs. Gunther and Diekema, using high-dose estrogen injections as a method of keeping a child from becoming normal-sized is utterly untested and unproven. (Estrogen injections have only been previously applied to keep girls from growing abnormally tall – itself an ethically dubious “treatment.”) Thus, the physicians write that they “can only speculate” about how much Ashley’s growth will be attenuated. (They estimate that starting estrogen in a 5-year-old boy would result in his being two feet shorter and 100 pounds lighter as an adult than otherwise would have been the case.) They also admit that the potential beneficial and deleterious health effects are “difficult” to assess “because we have no direct experience with high-dose estrogen treatment in young children.” This raises the worry that Ashley was used as the subject of unethical human experimentation, a concern heightened by the doctors’ acknowledgment that Ashley’s Treatment “is a novel, untested, medical intervention.”

Does Motive Make a Difference?
Even if what the parents and doctors did was wrong, some assert that their beneficent motives somehow make it right. Let us concede that the parents – to their great credit – love Ashley deeply and want only to be able to keep her snuggled in the bosom of her family. And let us also stipulate that the doctors had the best interests of Ashley foremost in mind when deciding on the procedure – a decision which was made in consultation with the Seattle Children’s Hospital Ethics Committee and others – firmly believing that their interventions would improve the quality of her life.

But what we do matters more than why we do it. To illustrate the point, consider this somewhat crude and inexact analogy (which I don’t intend as a cruelty): Parents in some cultures subject their daughters to female circumcision motivated solely by love in the firm belief that the procedure is the only way to guarantee their daughter a future husband and the security of marriage. Despite their virtuous motivation, most of us still justifiably consider the practice to be inexcusable genital mutilation.

Or consider this: If Ashley had been older and the only way to keep her sufficiently diminutive to be a “pillow angel” was to amputate her legs, would that justify such surgery? And what if parents and doctors decided that keeping a profoundly disabled boy sexually immature would add to the quality of his life and ease of care: Would these good desires justify his castration? And what about the other end of life? People with Alzheimer’s tend to wander, making it extremely difficult to care for such patients at home. Would cutting their nerves so they couldn’t walk thus become acceptable?

Taken in whole and in part, Ashley’s treatment seems unethical, unwarranted, and excessive. The high-dose estrogen treatment is untested in children Ashley’s age, with pot

ential adverse effects consequently unknown. Removing her mammary glands seems utterly unjustified. The hysterectomy risked her life without providing a therapeutic benefit otherwise not generally obtainable. Thus, it is hard to argue with the California-based Disability Rights Education and Defense Fund press release that decried Ashley’s Treatment as violating the “non-negotiable” principle “that personal and physical autonomy of all people with disabilities be regarded as sacrosanct.”

What to do? This matter is too important to be left to parents and local ethics committees. As the disability rights group Not Dead Yet pointed out in calling for a halt to any further applications of Ashley’s Treatment, “Ethics committees are not a substitute for the constitutionally-guaranteed right of due process. In fact, they often act as an end-run around those protections.” At the very least, the entire matter should be independently investigated by a professional task force, a government agency, or both. The purpose would not be to punish Ashley’s parents or doctors, but rather, to ensure that no other disabled child is subjected to non-therapeutic surgical and hormonal interventions to “improve the quality of their life” until the matter has been fully evaluated as to ethical propriety, safety, and efficacy.

Beyond Ashley’s case itself, we should also act positively to better help loving and big hearted families care for their disabled children into adulthood. For at the heart of this controversy is the abiding problem that people like Ashley’s parents often struggle alone. As the bioethicist Art Caplan aptly put it: “The problems Ashley and her parents face are terribly real. But permanently freezing a person into childhood is not the solution. Families like Ashley’s need more help, more resources, more breaks from the relentless pressure of providing care and some hope that their daughter can be somewhere safe and caring after they are gone.”

– Wesley J. Smith, a frequent contributor to NRO, is a senior fellow at the Discovery Institute and a special consultant to the Center for Bioethics and Culture. His website is www.wesleyjsmith.com. 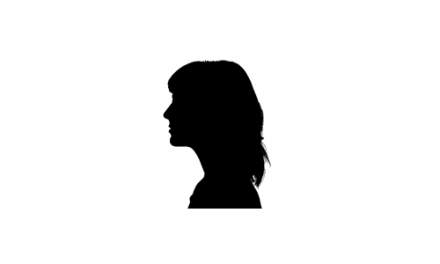 Why The California Institute for Regenerative Medicine Should Be Defunded

Take Two Nanorobots and Call Me in the Morning