Genetic Ethics and the quest for the perfect child 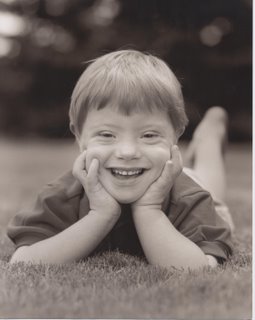 When I was in Scotland earlier this month, I attended a conference on Pre Natal Genetic testing and diagnosis. Euphemisms run rampent when discussing normal, healthy children and parental rights to use technology to have the best children possible. One prominent physician kept insisting that the parent’s perception of their unborn child should be the factor in counseling them what to do. So if you had a bad perception of what it might be like to have a child born with Down syndrome, it would be acceptable to terminate the pregnancy–because reproductive autonomy and parental perception are king. But we all know that our perceptions of something are often very wrong. And many parents of children with Down syndrome have a different view of these children. Today’s Washington Post has a new global study out by the March of Dimes on the “Toll of Genetic Defects”. One line from this study sticks way out for me . . .”Interventions proven to work include genetic counseling for sickle cell anemia, prenatal diagnosis of Down syndrome, supplementing folic acid in the diet to reduce the risk of neural tube defects, newborn screening for some rare metabolic disorders such as phenylketonuria, and surgical repair of heart defects.” Exactly what are the interventions proven to work as it relates to Down syndrome? The only intervention I know of, proven to work is abortion. But of course I would not call that an intervention at all.

A Celebration of Devastation

Happy Birthday to the CBC!