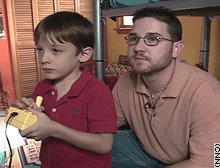 The one child one family policy in China has boys out numbering girls 117 to 100. In parts of northern India the score card is 140 boys to every 100 girls born.

And yet, pre-implantation testing, for the sole purpose of sex selection is not only legal in the U.S., it is becoming a mainstream practice. Couples who do not have problems with infertilty are increasing joining the ranks of infertile couples at fertilty clinics. Why you ask? Because couples want the choice or right to determine the birth order and sexes of their children. So much so that they are willing to undergo costly and risky procedures just to be sure their boys and girls are born in the right order.

Matthew and Beth Mandolesi used this technology to have their son pictured here. They said they are very happy they made this choice although ethics never factored into their decision.

Insights From a Nurse in an IVF Clinic