One of my new heroes 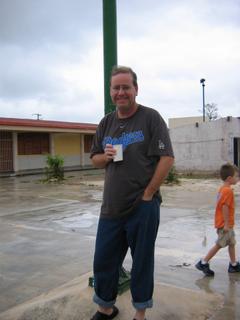 I have many new heroes and friends who I shared my hurricane Wilma experience with. I have so many to thank, so many I am grateful for and to. We so often hear the negative stories and so quickly look to find someone to blame for our circumstances. The human future is built on our celebration of life, our willingness to sacrificially lay down our life for another, carrying one another’s burdens and unconditional service to our fellow human beings. Here is David Smith, General Manager of the Hilton Hotel in Cancun Mexico. When we first saw David, he was plunging toilets to unblock the septic tanks. Then he came into our classroom (we had been evacuated to a school) to give us a hurricane update. He introduced himself as the hotel GM. My husband said, “Oh you’re the plunger guy!” David was the exemplar of servant leadership. Thank you David. We are forever grateful to you!

Time for a New Feminism

Some of the Most Important Work We Do